Sometimes you text your friend to meet up for dinner and find out they took an impromptu trip to Amsterdam. And sometimes you decide to throw caution to the wind and hop on a plane to join them. That’s exactly what I did in May when I decided to join Theresa during her visit to The Netherlands.

One of the many perks of living in Europe are the cheap flights, so I didn’t feel too bad about indulging my (very small) spontaneous side. It was quite a bit colder than Rome, but the city more than made up for it with its beauty. Our Air BnB was located just outside the city center in a working class neighborhood with a large Muslim population. Funnily enough, the owner and her boyfriend were both from Italy. We became quite familiar with the tram as it took us straight from the apartment into the historic center. Unlike in Italy, it was organized, with an entrance in the middle, a separate exit at the back, and a transit worker from whom you could buy tickets.

While riding the tram, I had an interesting experience related to diversity. From the airport onwards, I noticed a marked increase of people of color. Many were young people working at a McDonald’s, speaking fluent Dutch and serving a diverse group of customers. I did some reading about immigration and diversity and learned that the Netherlands passed an integration law in 2007; it requires immigrants to pass a test regarding Dutch language, customs, and culture. Though the test has been controversial and the Netherlands is far from a racial paradise (see my post on Black Pete), during my short visit I did not feel like an outsider due to my race. When a woman realized she’d gotten on the wrong tram, a passenger next to me looked over at us and made a comment in Dutch, which I presumed meant “How could she not know she was going in the wrong direction?” I was surprised that she assumed I was a local resident and could speak Dutch; it was certainly a far cry from my experience in Italy.

I spent most of my trip gushing about how adorable and pretty everything was, from the canals to the hordes of bikers (though the incessant bell ringing did get old, quickly). Since it was the early afternoon when I got in town, we headed over to one of the only museums open, and one of Amsterdam’s most unique sites: Electric Ladyland – The Museum of Fluorescent Art. Run by an American hippie from Brooklyn (I can recognize that accent anywhere) and his French partner, the “museum” is actually a basement filled with fluorescent items, including a plastic cave covered in fluorescent paint and artwork made of florescent stones. Though the items were interesting, Theresa and I soon grew tired of the unnecessarily lengthy presentation and tried to sneak out. We were shushed by an Indian guy who kept asking questions that somehow led to tangents about the owner’s experiences with drugs. Needless to say, I did not accept his offer to hang out afterwards at a coffee shop (I’ve seen Taken).

While we’re on the subject of coffee shops, I should address Amsterdam’s reputation for vice and debauchery. The city’s symbol is XXX after all. (J/k. It comes from a centuries old flag.) But on a serious note, a lot of tourists come to the city expecting wild and crazy antics on each corner. I didn’t experience anything of the sort. We did pass by coffee shops, where it is legal to purchase and smoke marijuana, and walked through the Red Light District (more on that in a minute). However, the only people reveling in the “freedom” and novelty of it all were tourists; local residents were simply going about their business. For those of you who are curious, I didn’t sample any cannabis. The most “wild and crazy” thing we did was have a drink at a bar/theater combo that catered to an artsy, alternative crowd. Peter, Bjorn, and John’s song Amsterdam came on at said bar and it was glorious.

On my last day, we did a free walking tour with Sandeman’s (one of my preferred ways of sightseeing). We had a great tour guide who gave us fun historical tidbits (i.e. reminding me that the Dutch were the first to “settle” Manhattan, then New Amsterdam) and showed us everything from the Royal Palace to the former Jewish District. He also made time to wax on for quite a while about prostitution in Amsterdam, which, as many of you know, is legal. According to our tour guide, the sex workers register as independent business owners with the city government and live normal lives; he even saw one woman on the beach with her boyfriend and children.

I can’t say that I support the legalization of the practice as it has led, according to some reports, to an increase in sex trafficking into the country. When walking through the Red Light District, which also featured live sex theaters, I couldn’t help but wonder what circumstances had led these women and men to this point. It was certainly bizarre to see women standing in skimpy bikinis behind glass windows as tourists of all kinds ogled them. If anyone was considering patronizing one of the workers, I’m sure the large number of onlookers dissuaded them. Equality of opportunity also seemed to be lacking as no cis-gender male sex workers were on display. Theresa and I later discussed our opinions regarding the hot-button issue over a steaming hot plate of pad Thai.

Speaking of food, ethnic cuisine was well-represented, particularly from the former Dutch colonies of Indonesia and Suriname. Traditional Dutch cuisine, however, was certainly not a highlight of the trip. We tried in vain to find a mashed potatoes dish (we later learned it’s only served during the winter) and discovered that apple pie, which originated in the Netherlands, is not as American as previously thought. I did sample a pancake with apple slices and was pleasantly surprised to find I enjoy Heineken. I also have to give a special shout out to Stroopwafel, a popular street snack; it consists of two thin, and very large, waffles with caramel syrup in the middle. It is as sweet and delicious as it sounds.

Thanks to the astronomical ticket prices (and lines), my trip was a bit museum-lite, which ended up working to our advantage. Due to Amsterdam’s northern location, we were able to enjoy seemingly endless days with sunsets around 8 p.m. We had a leisurely stroll through Vondelpark, posing for photos with the I Am Amsterdam sign and countless tulips. Our wandering took us to a great stand with ice cream and French fries; I chose to eat mine with ketchup and mayonnaise.

I did manage to snag a reservation to the Van Gogh Museum, meaning I didn’t have to wait in line in the pouring rain. The museum provided an excellent balance between information regarding the artist’s life and his work. Though some of his most famous pieces are not housed in Amsterdam, it was still very interesting to see how his style developed to  include the colorful palette and broad strokes he is now known for.

The highlight of my trip was undoubtedly visiting the Anne Frank House. Though we had to wait over 2 hours in line, it was more than worth it. The museum is truly committed to preserving the legacy of the Frank family and providing a safe space to contemplate the Holocaust. Advanced reservations are available at no extra charge, only a small number of people are let into the house at once, and no photos are allowed. It was a surreal trip down memory lane as I was confronted with the actual space that the Frank and Van Pelses families lived in for 2 years. I can recall buying a three-book set from Scholastic book orders (I was their most loyal customer) that contained the diary, short stories Anne had written, and memories from a close friend who spoke to Anne at a concentration camp shortly before her death. As I watched Hannah Goslar discuss their tearful meeting at the Bergen-Belsen camp, I grew emotional as I remembered the book’s impact on me. As a pre-teen I started to collect meaningful quotes and tried, unsuccessfully, to keep a journal. By the end of the visit I couldn’t help shedding a tear as I thought of the diary’s impact on millions and the thousands of young people whose names we don’t know, but who also had promising lives ahead of them.

One thought on “Spontaneous Trip to Amsterdam” 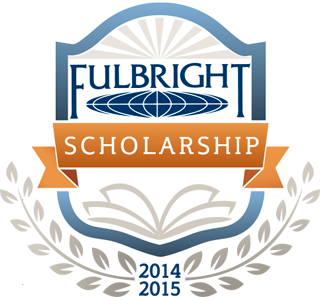